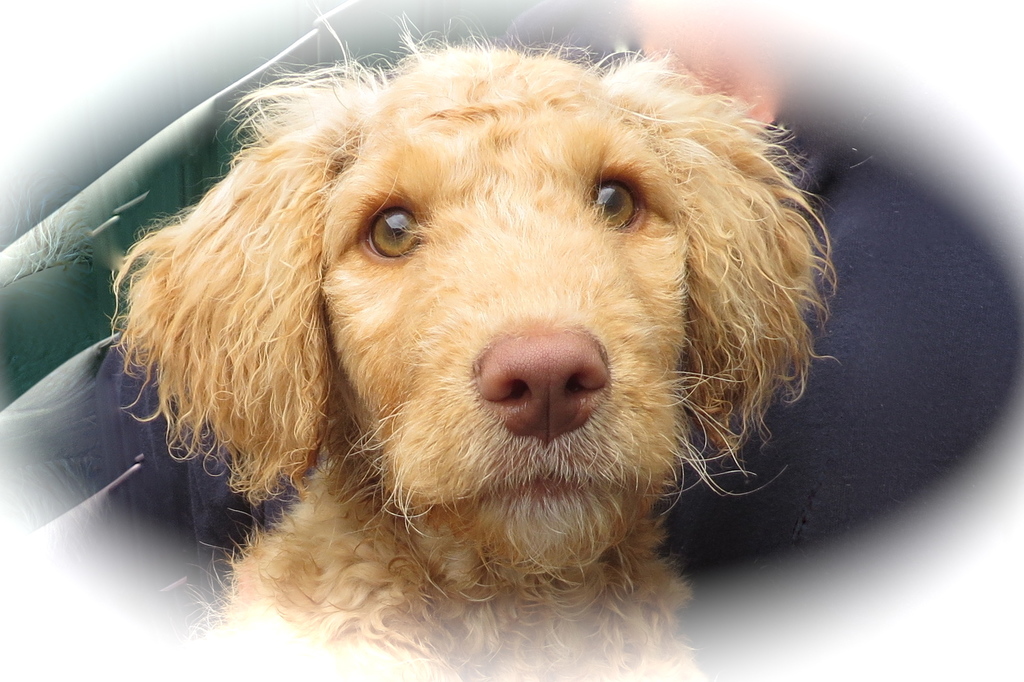 My son, Lance, has been looking to adopt a dog. He would love to have had our Springer - he even took him to college - but because of the Springer's anxiety disorder, he could never be an 'only' dog. Lance was in no hurry and knew he needed to chose a dog that was energetic enough to fit with his active lifestyle as well as with the other dogs in our family.Thanks to the DRC, he adopted Junior.  Junior, who is just about 4 months old, was found as a stray running the streets in a nearby county.  The area is mostly industrial  with a train yard as the big highlight. So how did Junior get there? We make up funny stories, but like so many of the strays found in shelters (like our Clancy), it remains a mystery.  He couldn't have been on his own very long because he was pretty healthy - well until he got both Giardia and Bordatella at the shelter. He was a bit underweight too because he gained about 5 pounds in just over a week!  Since he was contagious, Junior didn't meet Ned, Clancy, and Gordie for a while, but when they finally met, they adored him and Ned played with Junior as if he was still a puppy. Here are some pictures: 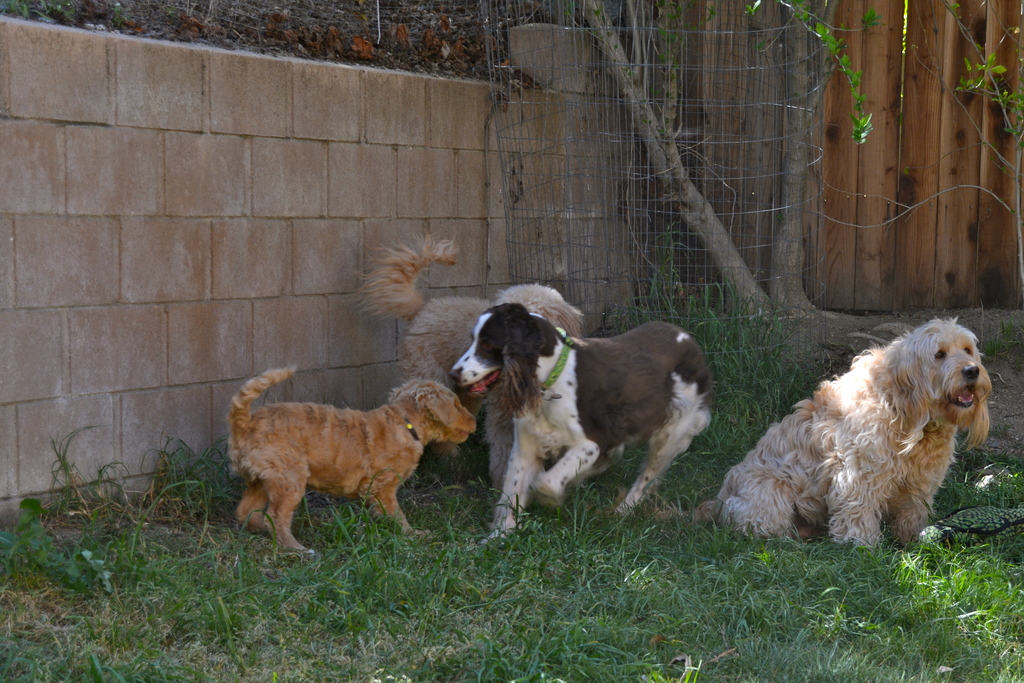 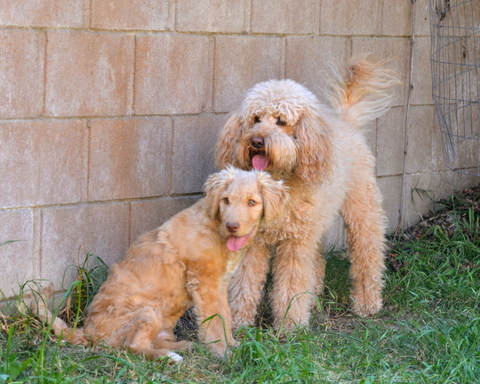 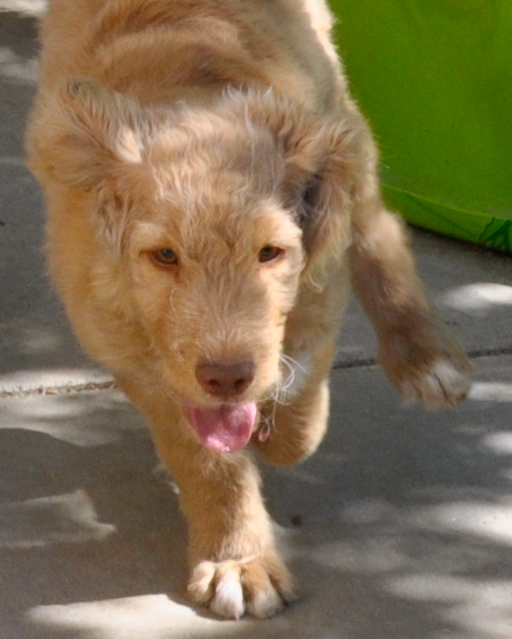 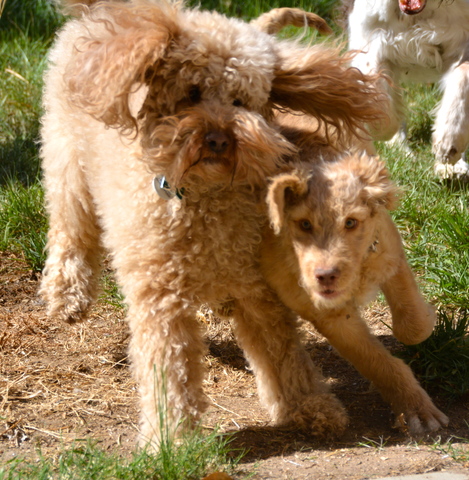 Now, for the story of how Junior got his name.  We had been told that this pup's shelter name was Marty, but when we got the paperwork for him, it seems that the shelter had 'named' him Lance.  Once our Lance saw that, it was a done deal and Lance Junior became his name. Here are the two Lances - Senior and Junior: 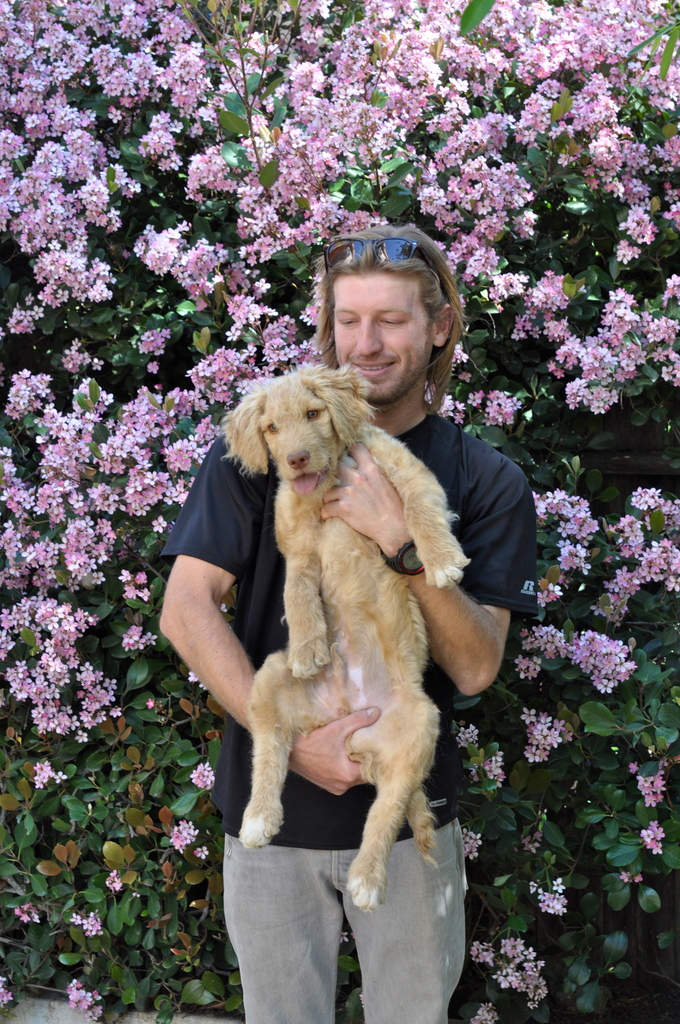 Shhhhhhh!  Be quiet or you might disturb this lion hiding in the bushes. . . . 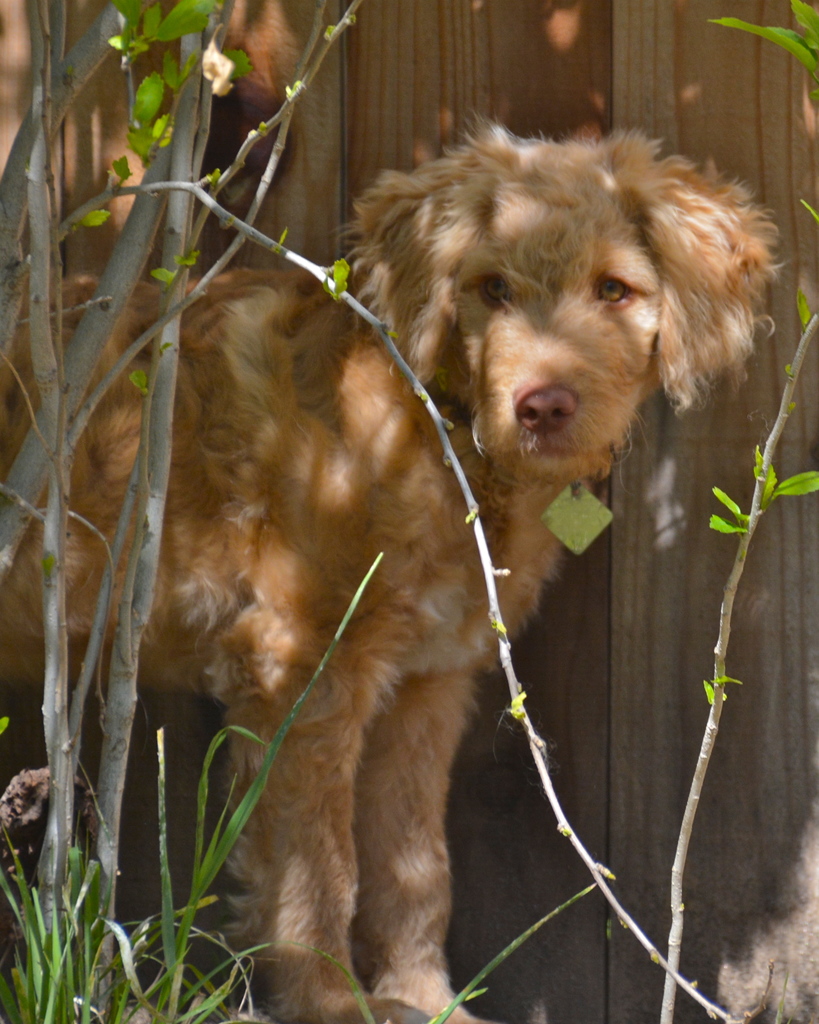 The crimped ears look like some of the open-faced doodles I have seen, even ALDs. And his coloring is like that of many ALDs too.

Thanks, Karen.  Junior's tail is very definitely lab related.  We can't wait to watch him mature. We have all the benefits of grandparents with this guy!  Hooray.

Nancy, I just love this blog. Junior really was meant to be a member of your family! I do think Lance Jr may be a labradoodle, but i know that whatever he is, he is now loved and well cared for!

Both of your Lances are very handsome!