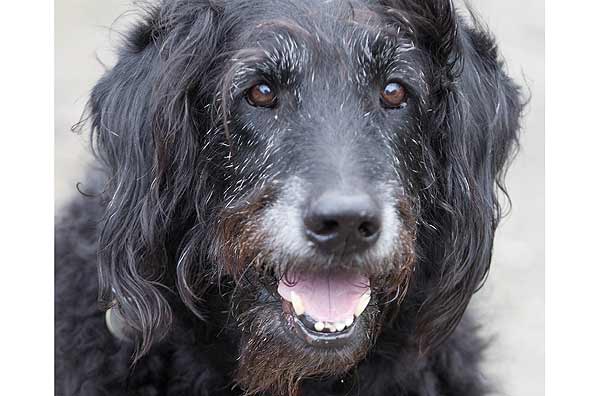 Loyal dog Monty didn’t paws for a second when his owner fell down a ravine into a river – launching a daring Lassie-style rescue.

Maurice Holder, 73, was walking his 11-year-old Labradoodle when the path suddenly gave way beneath him.

Knocked unconscious in the 40ft fall, Maurice came round to find the tidal water was rising. But faithful Monty was at his side and plotted a path back up the steep bank. 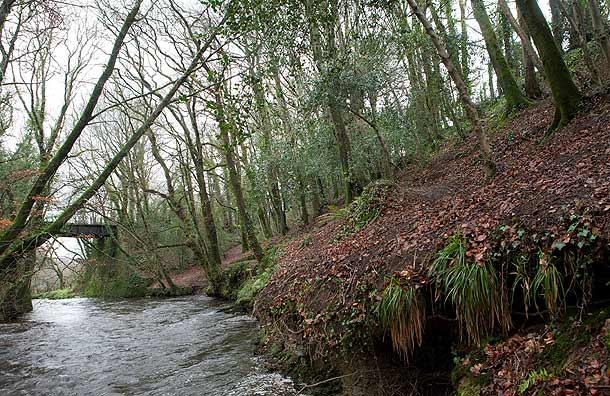 The dog then ran off to a nearby pub and barked until a Good Samaritan followed him back to the River Camel in Bodmin, Cornwall.

Retired sales director Maurice said yesterday: “We were walking along the river. There was a tremendous rumble and the whole lot came down. I fell about 40ft and landed on a slab.

“I was out for around 10 to 15 minutes. I woke up and the water had come up to my chest and my head was bleeding. I saw Monty sat next to me – he found a way back up on to firm ground.

“Back on level ground Monty ran away. He came back 15 minutes later with a nice gentleman who helped me back to the car, and then an ambulance came.”

Maurice, from Newquay, was treated for head injuries and six broken ribs in the Royal Cornwall Hospital.

He added: “Monty is perfect. I wouldn’t say he’s always the best behaved but he is loyal and that is what matters. He is a man’s best friend.” 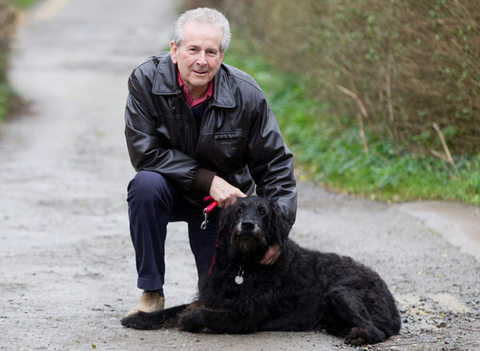 Maurice Holder of Cornwall, England, was out for a stroll when he felt the ground beneath his feet give way. Fortunately, his canine companion Monty sprung to the rescue shortly after, The Mirror reports.

According to The Telegraph, Holder slipped 40 feet down a ravine, temporarily lost consciousness, and awoke to find Monty still by his side.

The Sun reports that the labradoodle then raced down to the local pub to sound the alarm. According to The Mirror, Monty's owner was transported to the Royal Cornwall hospital and treated for head injuries and six broken ribs.

"Monty is absolutely the perfect pet," Holder said of his pooch, according to The Telegraph. "I wouldn't say he is always the best behaved but he is loyal and that is what matters -- man's best friend."

Monty the Labradoodle really was man's best friend after rescuing his owner, Maurice Holder, when a fall knocked him unconscious.

The mixed breed dog stayed with Mr Holder, 73, when he fell 40ft down a ravine and blacked out as the waters rose around him.

Mr Holder, who had suffered six broken ribs and a head injury, regained consciousness 15 minutes later to find his loyal pet watching him.

The 11-year-old dog then left him to safety up the bank of the River Camel in Bodmin, Cornwall before raising the alarm at the nearby Borough Arms pub.

Monty barked until he caught the attention of a customer who helped Mr Holder to his car and called an ambulance.

Mr Holder, who lives in Newquay, Cornwall, said: "We were walking along the river. I was literally standing still with my hands in my pockets listening to the silence and the sound of the river, when suddenly the earth moved.

Now this gives a whole new meaning to the words "Rescue Doodle" !

OMD! Monty could be Ginger's big brother or even dad.  They look so much alike in the face.

Wow!  Monty is quite the hero.  Way to represent doodles, Monty.