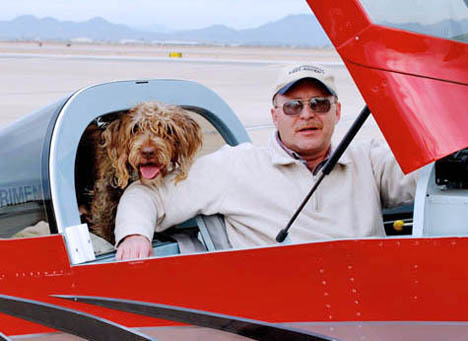 GLENDALE, AZ - The National Park Service continues to search the Grand Canyon for a missing pilot from Glendale.

Two days later, another pilot detected an emergency locator transmitter, which is typically set off when a pilot is in some type of trouble.

Those that know Radford said for years he has helped Valley pet rescue groups save unwanted pets.

“Without somebody like him who volunteers to pick up animals, literally animals would be put down. If we can't get them to us, there isn't someone to take them,” said Julie Brewer, a volunteer with Amazing Aussies rescue group.

Brewer said Radford would fly his plane to other states to pick up dogs at risk of being euthanized.

Radford would then fly the animals to Arizona where rescue groups would help find them new homes.

“Instead of a crate, they had their own little harnesses and seatbelts and they were sitting in his co-pilot chair. You could tell he enjoyed having them and flying them here,” Brewer said.

The NPS said search efforts will continue over the weekend based on the probable areas determined by the original ELT signal, as weather and wind conditions allow. 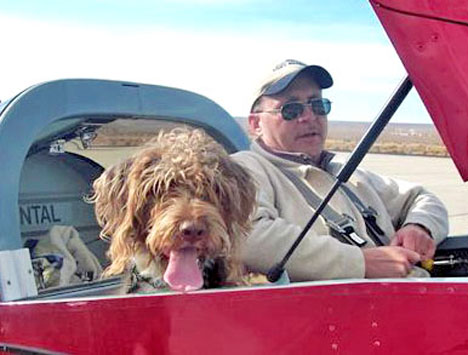 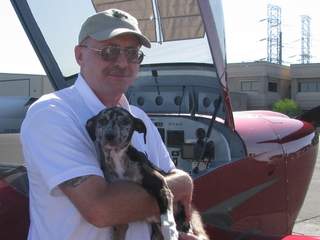 GRAND CANYON NATIONAL PARK, AZ - A helicopter search has resumed over the Grand Canyon for a missing Glendale pilot and his experimental aircraft.

Authorities say 47-year-old Joseph Radford has been missing a week.

National Park Service spokeswoman Maureen Oltrogge tells The Associated Press the air search is focusing in a northwest area of the Grand Canyon and consists of about 600 square miles.

Park officials say the search by air could be grounded depending on wind and weather conditions Friday.

Authorities say Radford was flying a homebuilt, single-engine RV-6 that took off March 11 from the airport just south of the Grand Canyon. 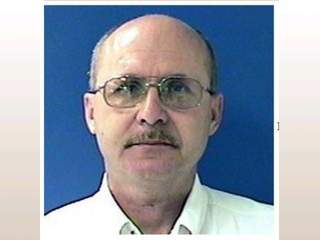 GRAND CANYON, AZ - National Park Service employees are searching for a missing plane and pilot at the Grand Canyon.

The park's helicopter flew to the area but did not find any signs of a downed plane or detect the beacon. The search was called off when there was no report made of a missing plane.

On Monday, the Coconino County Sheriff's Office contacted the NPS about a missing person, 47-year-old Joseph Radford of Glendale.

It was learned that Radford owned a red RV-6 home built experimental aircraft that was also missing.

The NPS helicopter began a search in the Scorpion Ridge area, based on radar tracking information from Friday.

The search continued Tuesday and Wednesday by helicopter and fixed-wing aircraft while the CCSO continued their investigation and began contacting backpackers who may have seen or heard the plane on Friday. The latest search area estimate is 600 square miles.

Radford is described as a white male with blue eyes, graying hair with a receding hairline, 5 feet 11 inches tall and weighing approximately 190 pounds. His plane is described as cherry red with a tail number N650RV.

Authorities are asking anyone who may have seen Radford or his aircraft to contact the National Park Service at 928-638-7805.

GRAND CANYON NATIONAL PARK, AZ - Authorities are using a helicopter to search the west side of Grand Canyon National Park for a missing experimental airplane and its Arizona pilot last seen nearly a week ago.

Park Service spokeswoman Shannan Marcak told The Associated Press Thursday the search has focused on an area about 30 miles northwest of Grand Canyon Village on the South Rim.

The pilot is identified as 47-year-old Joseph Radford, from the Phoenix suburb of Glendale. He was flying a homebuilt, single-engine RV-6 that took off March 11 from the airport just south of the park.

The National Park Service was notified Sunday of a detected emergency locator transmission about 30 miles northwest of the village, but a search failed to locate any downed plane.

Sending prayers for Joe and his family; he is in our thoughts and in our hearts.