Meet Casper! A 20 month old labradoodle available for adoption in Jacksonville, FL. He was an owner surrender to DRC because he was "too much". Turns out poor Casper was spending most of his day…

no Mom I don't want to get up

photo no Mom I don't want to get up 1 Like

Patience is a Virtue

As a child, there was nothing quite as exciting as being handed a wrapped present.  Christmas or Birthday, it didn’t matter.  The gift was for you and there was…

Blog Patience is a Virtue 2 Likes

A Reason to Adopt

I wish I could tell you how my life started.  Whether it was in a cramped cage in a puppy mill or whether my life had a happier beginning.

I wish I could tell you the…

Blog A Reason to Adopt 8 Likes

Shadow & Gin, under the Christmas tree 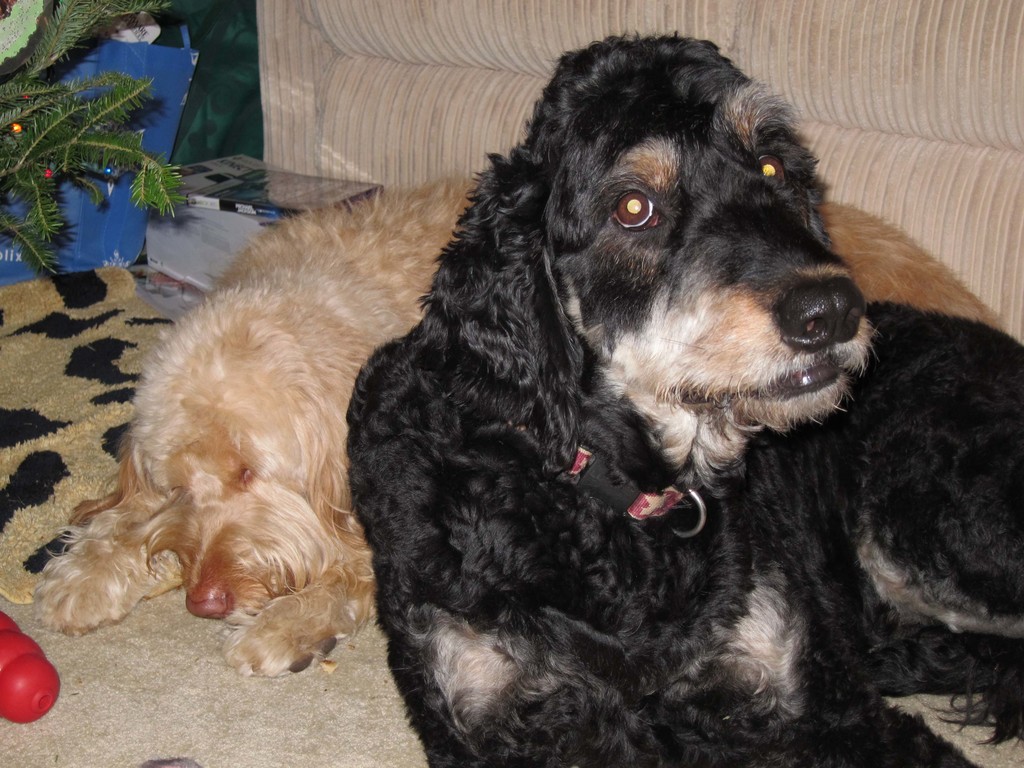 We at the American Maltese Association Rescue have finally got our web site up and running.  We are going to add a page of links and link Doodle Rescue Collective, Inc.  Visit us at…

The world according to Zoey

It has been about a week and a half since we brought Zoey into our home as our new foster.  Her and Scarlett took to each other by the end of day 1 (Scarlett takes to anything that moves in a…

Blog The world according to Zoey 2 Likes

New rescue Yesterday I got a rescue from the Missouri flooding. She was being fostered in Illinois where they treated her mange and got her vaccinations. She was at a shelter for about 3 months where they cut… Blog New rescue 3 Likes