Mr. Louie is a ten month old doodle puppy who has unfortunately had two homes already in his short life.  He is a typical doodle puppy - needing lots of attention and room to run!  He shared his last home with five other dogs and no fenced yard for him to play in and the poor guy just wanted room to play.

Since he arrived at his foster home he has had lots of room to run with his foster brothers.  He had a look of pure joy when he first got off leash and could run around all five fenced acres of his foster home.  Exploring and running have quickly become his favorite things to do when outside.  When inside he alternates between chasing stuffies, playing tug and curling up by your feet.

Louie attaches to his people quickly and is really looking for someone who can give him the time and attention he so deserves.  He chooses to be with his peeps even when his foster brothers are outside.  He could use additional training - at this age he is the typical kid and his ears turn off when there is something he thinks is interesting.  We are working on it but he is still a diamond in the rough with great potential for being an awesome member of the right family.  He will do best with an adult home or a home with teens - he's a rambunctious boy who doesn't understand how big he is.

At ten months old he weighs in at about 67 pounds and will put on some more weight before he is full grown.  His coat is a wavy wiry coat that does shed some.  He loves the attention he gets when being brushed and is good when getting a bath. 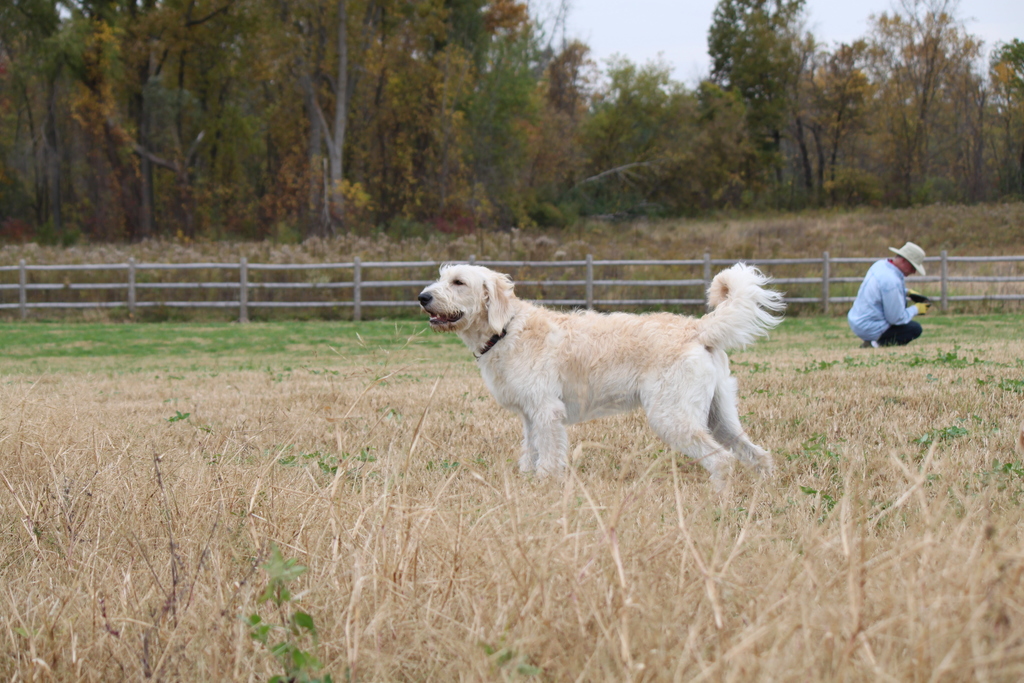 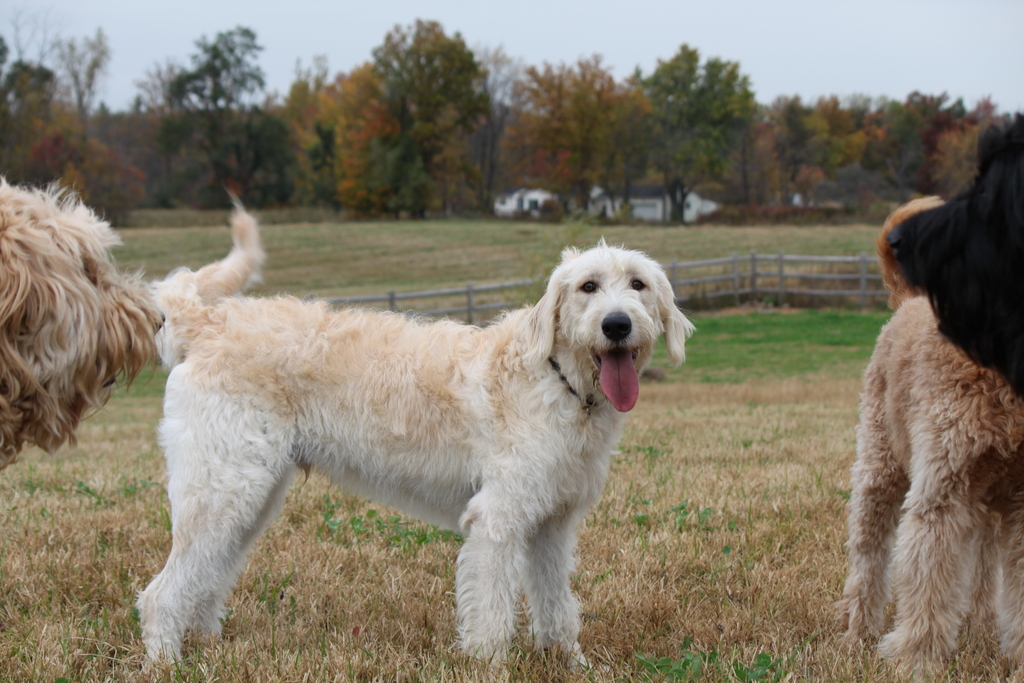 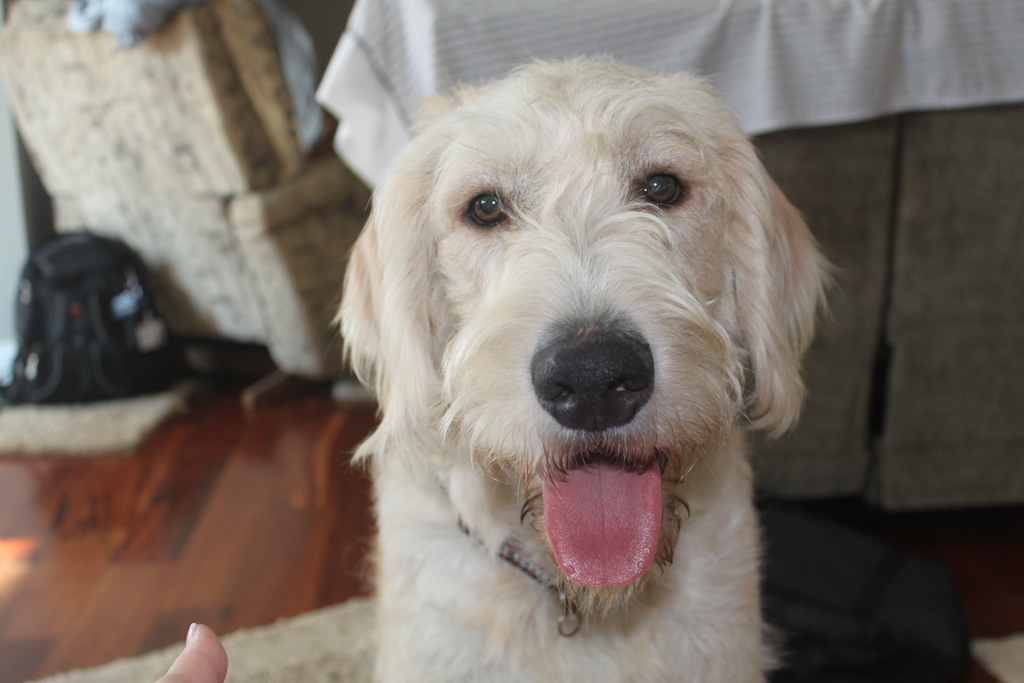 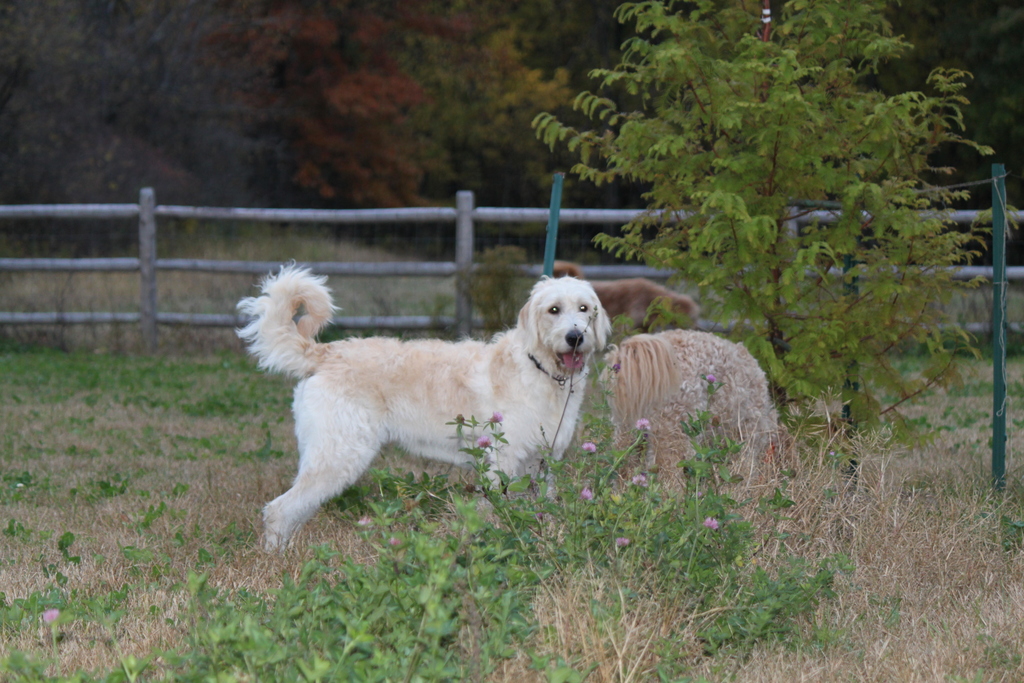 Linda, this discussion is from last October, Louie has long since been adopted; but he was also fostered in Michigan, which would have been quite a drive from Reno, lol.

He looks so very sweet. Sorry I couldn't find where you live.  We live in Reno and would love to adopt a wonderful day like him.

He is beautiful and so lucky to be in such a loving foster home!!  My Elliot, too, sheds a lot but I love him to pieces even as I vacuum every other day!!

Looks my my Clancy's coat, but hopefully he won't shed as much as he does.  On second thought, who cares!  I know Clancy is worth the vacuuming.  What a lucky guy to have all that room to roam.  Thanks for fostering.

He's beautiful.  Reminds me of my Bear.  Wish I had your property.  LOL

He reminds me of my Sadie.  My girls would love to have all that area to run in too.  What a lucky boy.

I'd be in Heaven on that property too, lol!

Louie is adorable and looks very much like my big guy. Thank you for fostering him and helping him find his forever home!