Brody has been hanging with the boys of Oxford, MI for a few weeks now and has learned so much. He's five years old and has the energy and spunk of a puppy but settles in for snuggles after playtime. This sweetie can play ball for hours - although the poor stuffies only last minutes.

Brody hadn't been to the vet in several years but he is all caught up now and a healthy boy, weighing in at 65 pounds. He has a beautiful coat of many colors - black, silver and even some dark brown mixed in. The poor guy has some hair loss on his hind end due to flea allergies but with good food, Omega supplements, flea preventatives and a bath his hair is starting to grow in and the vet thinks it should recover fully.

Brody loves to be with his peeps and is starting to learn to play with his doodle foster brothers - although he doesn't seem to understand why they can't throw the ball for him!  If you are willing to throw the ball, you are Brody's new best friend.

We are working on some issues - like not counter surfing or snagging any food he sees on a TV tray - but he is smart and we know it will just take some consistency and training.  He learned how to walk up and down stairs in two days and now easily keeps up with the rest of the pack. 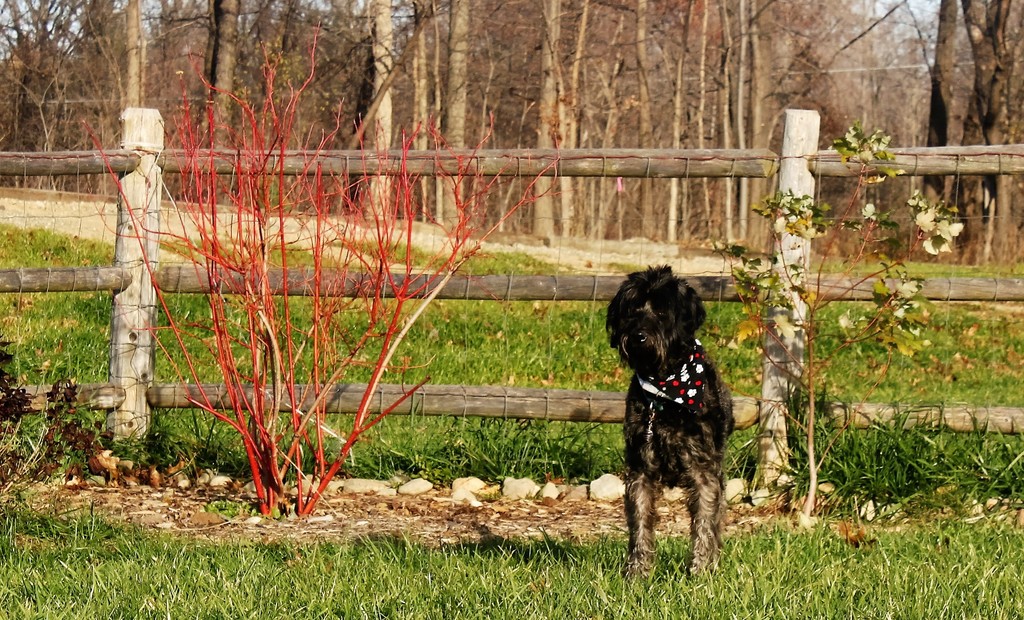 He is a beautiful labradoodle!!!

He's adorable! Thanks so much for fostering him, Kim!