This is what happens when innocent dogs end up in the hands of a rescue fraud... 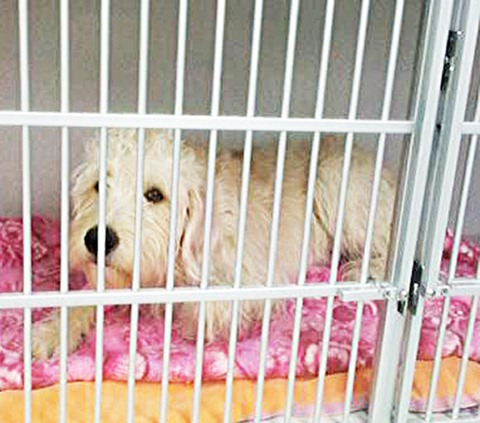 First, I am so sorry everyone for needing to express my outrage and disgust in regards to Oodles of Doodles. But like every other DRC Board member and volunteer and those aware of the ongoing issue with Lynne Fowler’s theft of our URLs, and her intentional continued use of DRCs name and property, I’m just about done with keeping my mouth shut.  This latest incident, here in Texas, has put me over the edge. Something has to be done.

For nearly two years since our website and URL’s were stolen by Ms. Fowler, DRC has collectively taken the “high road”, waiting patiently for federal authorities and agencies to take action. Nearly two years later, we are still waiting. But our “high road” silence as an organization has done nothing but prevent the truth about Lynne Fowler and her unethical running of a “mock rescue” from getting out there. All the while, dogs and people continue to be hurt and harmed.  Unfortunately, this is due to    Ms. Fowler’s lack of ethics and personal vendetta with our organization and our President.

It is for the sake of the numerous, innocent dogs that have the misfortune of ending up in Ms. Fowler’s hands and for the sake of DRC, an organization that I am so proud to be a part of, I can no longer stand by and remain silent.

Allow me to introduce everyone to LIBERTY, formerly Leila.  A beautiful 18-month-old female Labradoodle here in Texas who nearly lost her life last Tuesday night because of Lynne Fowler’s ongoing fraud and her complete negligence. 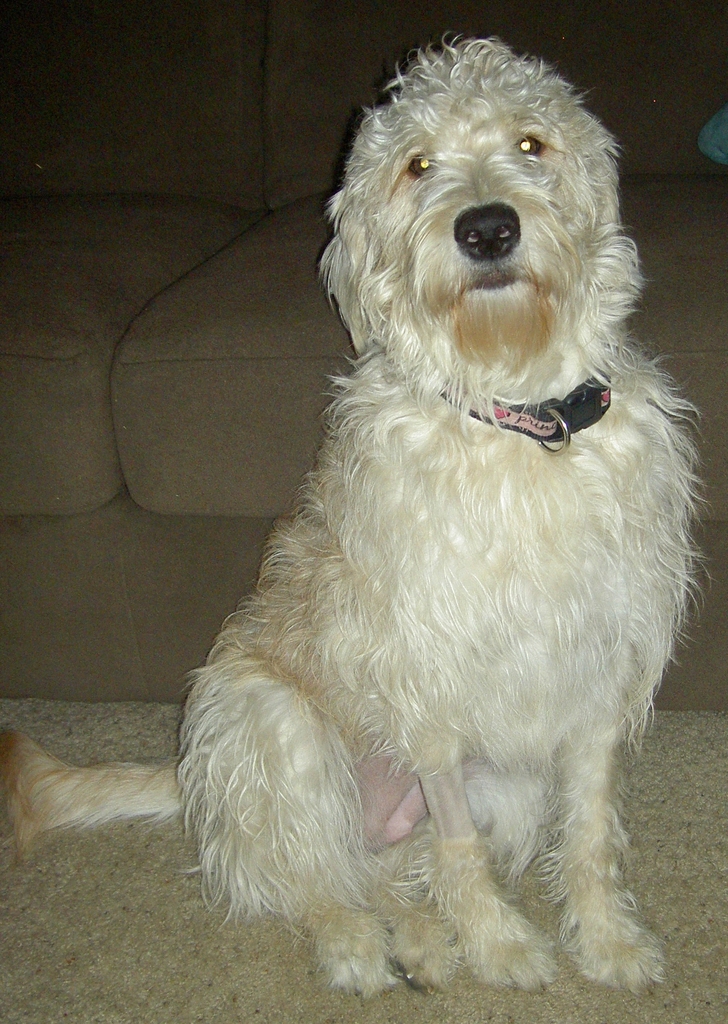 Of course, because neither Lynne Fowler nor Oodles of Doodles have any resources or foster homes here in Texas, Liberty remained in her owner’s home the entire time she was posted on Petfinder as “Leila”, an Oodles of Doodles dog.

Of course, Lynne Fowler, and Oodles of Doodles did not provide the poor dog with ANY vet care even though vaccines, heartworm and flea and tick prevention were overdue.   Liberty was literally adopted within days of being “posted” on Petfinder to the first people willing to pay her $300 adoption fee.  All Lynne Fowler and Oodles of Doodles did for poor Liberty was post her and forward applications to her previous owners.  No vet or background checks were conducted and no home visit was done.  In fact, no screening of any kind took place.  There was no adoption contract signed.  The adoptive family asked for all vet records but, none were ever received.  All the adopter received as far as paperwork for Liberty was a Pay Pal generated receipt for $300 that was paid to Lynne Fowler.

So, Lynne Fowler and her self-proclamed “rescue”,  which is NOT a 501(c)(3) non-profit, in spite of her fraudulent claims to the contrary, turned a quick $300 bucks at Liberty’s expense. There was absolutely nothing provided to this dog and absolutely no follow up with either the adopter or the former owner. Further, Liberty was intentionally denied the basic protection of an adoption contract and the services of the real, reputable and responsible rescue organization her original owners were seeking in the first place.

In her new home for two months, Liberty’s adopters never received any vet history or records of any kind for the dog and were forced to have her completely re-vaccinated and vetted at a cost of several hundreds of dollars. Their repeated calls and email pleas to Lynne Fowler for vet records were never answered.

Liberty suddenly became ill and was unable to eat or defecate.  When Liberty began  vomiting and crying in excruciating pain with a distended belly, her new owners sought emergency veterinary assistance.  X-rays revealed that Liberty was suffering with a life-threatening bowel-obstruction caused by her ingestion of what we later learned was a two foot long nylon knee sock. Poor Liberty was in critical condition when she arrived at the emergency clinic.

When the vets informed the family that Liberty needed $3000 in emergency surgery to remove the obstruction, and save her life, the owners refused treatment stating they had adopted Liberty from a “shady rescue in New Jersey called Oodles of Doodles” only two months earlier and mentioned they were “really not that bonded with her”.  They also told the vet they, “did not have the financial resources for the surgery”, and instructed the vet to put poor, sweet Liberty to sleep.

Thankfully, this wonderful vet could not bear the thought of putting a young, otherwise perfectly healthy dog down because of money. So, he had the owners sign Liberty over to the custody of the clinic and had his amazing assistant contact us, the REAL Doodle Rescue Collective, Inc. for help.

I want to make you all aware that Jacquie & Jeannine received the call at 1:30 AM Tuesday night. They are literally on call 24/7 and never sleep. They agreed to take Liberty into our program and get her the assistance that she desperately needed. The emergency vet assured us that they had stabilized Liberty for the moment with IV fluids and anti vomit and pain medication until we could get her to one of our own vets in the early hours of the morning. Thank goodness, Dr. James, one of our many wonderful veterinary partners here in Texas, volunteered to do the surgery at a reduced rate.  Even with Dr. James’ generous discount, the surgery was expensive and basically wiped out our bank account.

4 1/2 hours later I awoke to the barrage of emergency text and voicemail messages sent to me during the night and began planning Liberty’s rescue and impending emergency surgery. Because I had to work at 6:30am, and time was of the essence, I couldn’t go and get Liberty myself and transport her to Dr. James.  I texted one of our dedicated volunteers, Staci Murto,  to run over and pick up Liberty and get her to Dr. James ASAP.   Staci is so dedicated to DRC and these dogs that she, still her PJ’s, took off for the emergency clinic. She got Liberty to Dr. James and his amazing staff, where she was rushed into surgery the minute she arrived. Liberty is now resting comfortably and recovering from her ordeal with my family and me.  She is still on kennel rest, a special diet for recovery, and on a few medications but, she is alive and doing well.  I just couldn’t imagine her being euthanized when she has her whole life ahead of her!  She is a happy dog and just wants to be loved so badly.  She will make someone the perfect companion.  I look forward to her new happily ever after.

To the public and to the legitimate rescue community I say the following:

Lynne Fowler is a dog broker and Oodles of Doodles is a virtual crossposting  website for every dog hoarder, rescue fraud and disreputable rescuer Lynne Fowler can possibly friend on Facebook. Lynne Fowler is not only posing as rescue organization and selling dogs on Petfinder, she is using stolen DRC intellectual property to facilitate her agenda. She is continuing to commit Internet, identity and consumer fraud has aligned with other notorious animal welfare frauds and continues to harass, stalk, slander and libel the Doodle Rescue Collective, Inc. organization and our founder and President.  She is HARMING DOGS.

It’s time for all of us to start publicly expressing our support for our DRC organization and our founder and President Jacquie Yorke. She has endured nearly 2 years of Lynne Fowlers’ lies, public assaults, and personal attacks on her good name and reputation. Try to imagine the strength it takes to not engage or defend yourself when your good name and your life’s work are being trashed on the Internet by Ms. Fowler and her little group of cohorts?

Liberty nearly lost her life last week thanks to the incompetence, irresponsibility and greed of Lynne Fowler & Oodles of Doodles.

Thank goodness she is finally in the hands of the real rescuers and the REAL Doodle Rescue Collective! 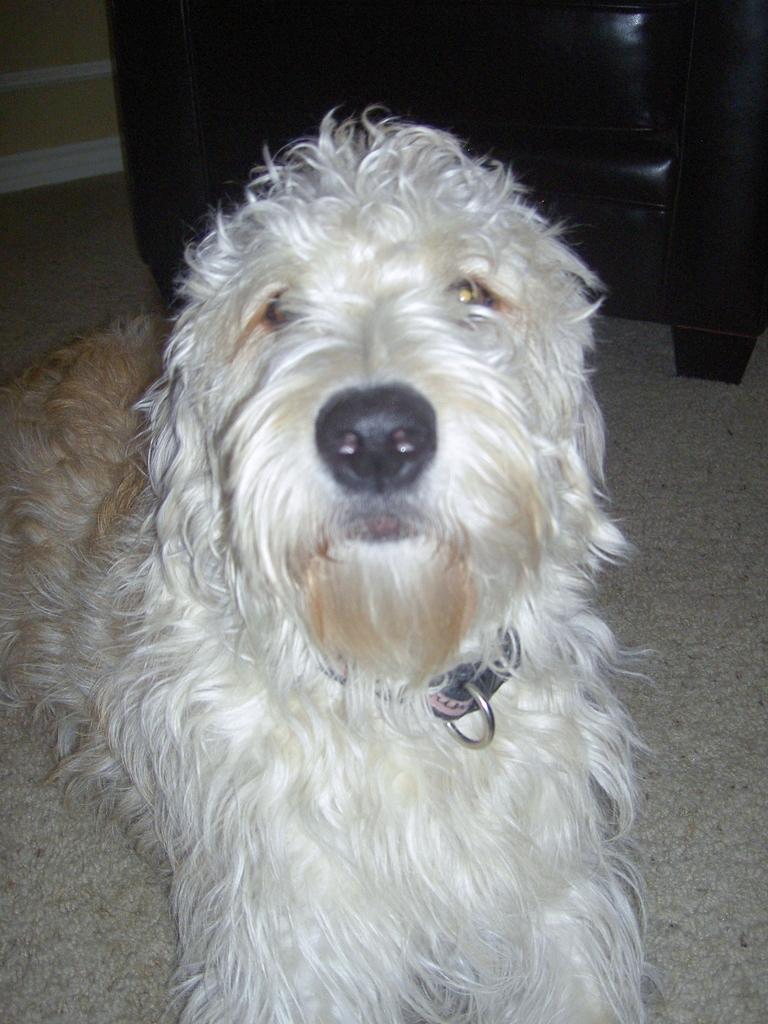 How callous and cruel of the sham (and shameful) "rescue" organization. And blessings upon blessings to you all at DRC and the mere stroke of luck and a good heart of the veterinarian. There is so much animal abuse and neglect already existing, but the thought of adding intentional deception to profit from such abuse and neglect is all the more appalling. Thank you, DRC!!!! I'm going through my old records now to make sure where my money has gone.

Permalink Reply by Laura Kraatz on October 13, 2013 at 11:04pm
Whenever I see this post appear on DRC's site, I read it again. And, I cry every time when I get to this part, "I just couldn’t imagine her being euthanized when she has her whole life ahead of her! She is a happy dog and just wants to be loved so badly."

Libby is loved so very much and always will be. I know this because I am her mom.

I love being reminded that your Libby was saved and in a loving home.  Thanks for responding to the new post.