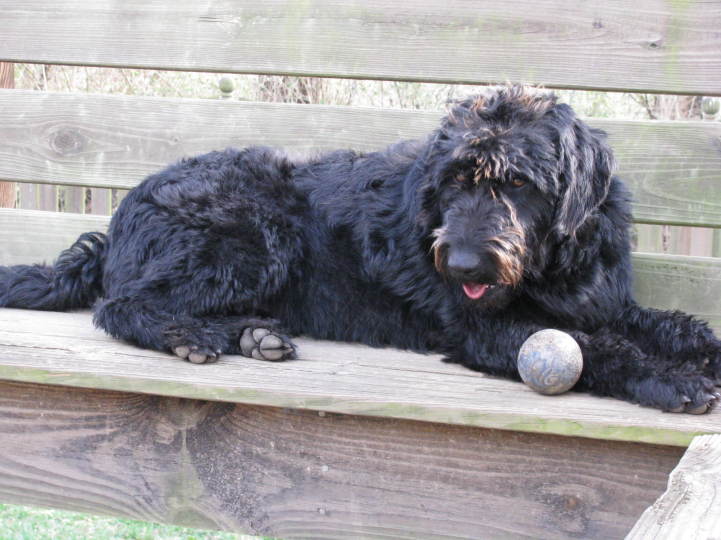 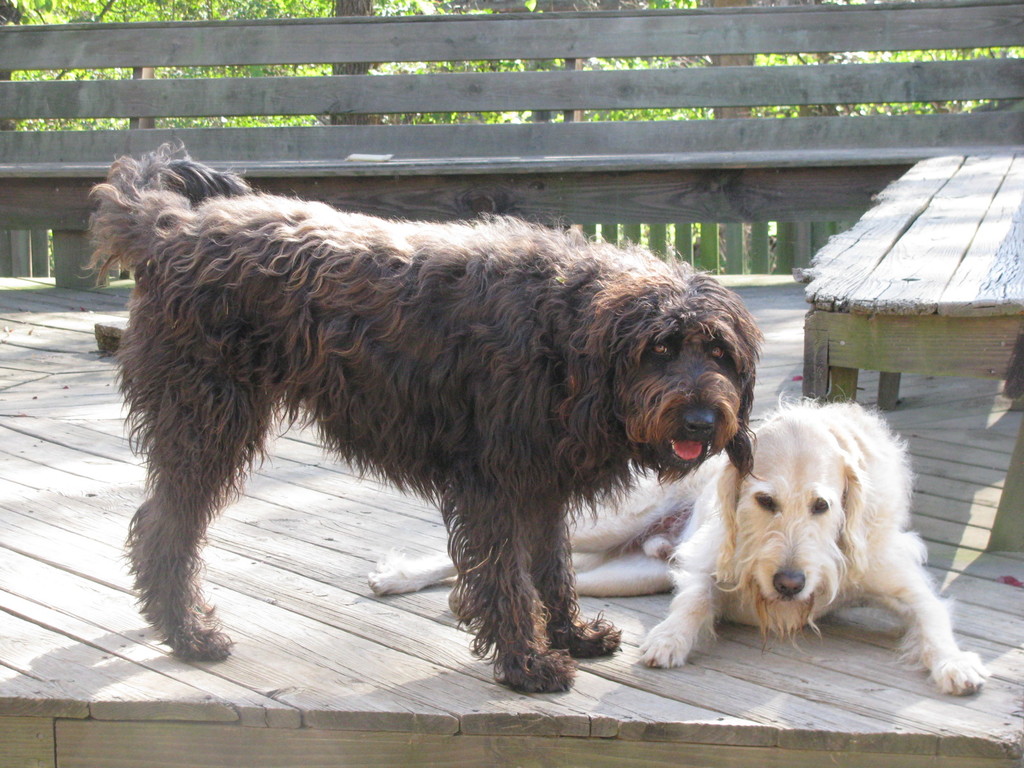 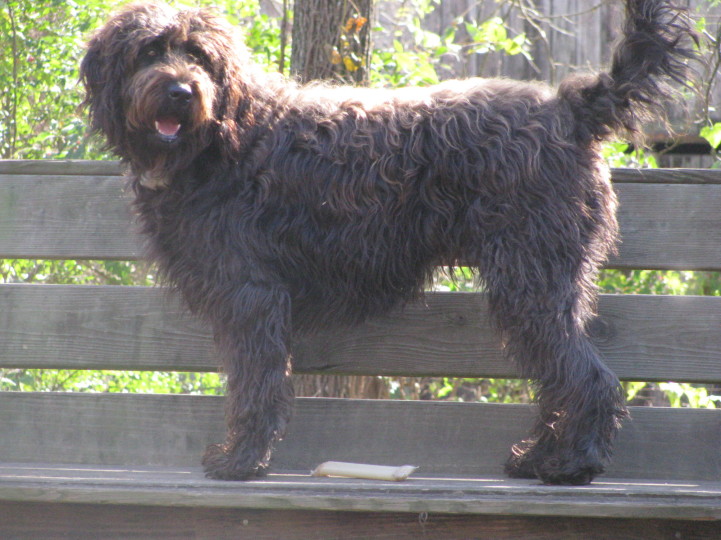 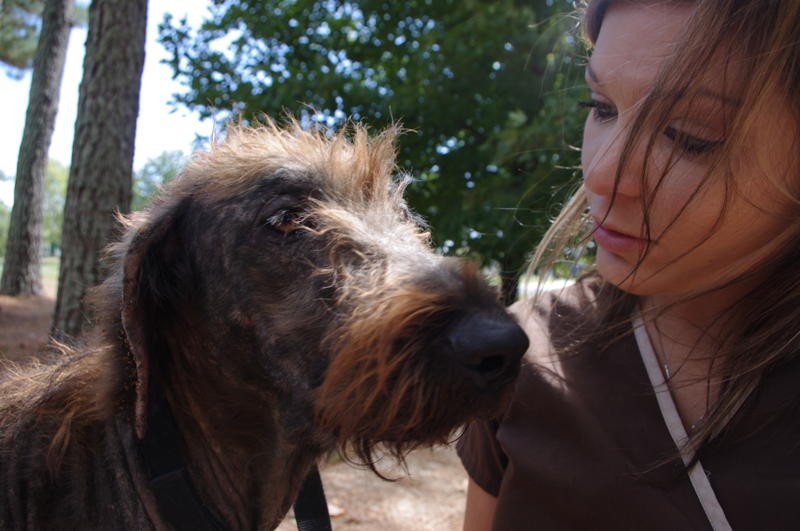 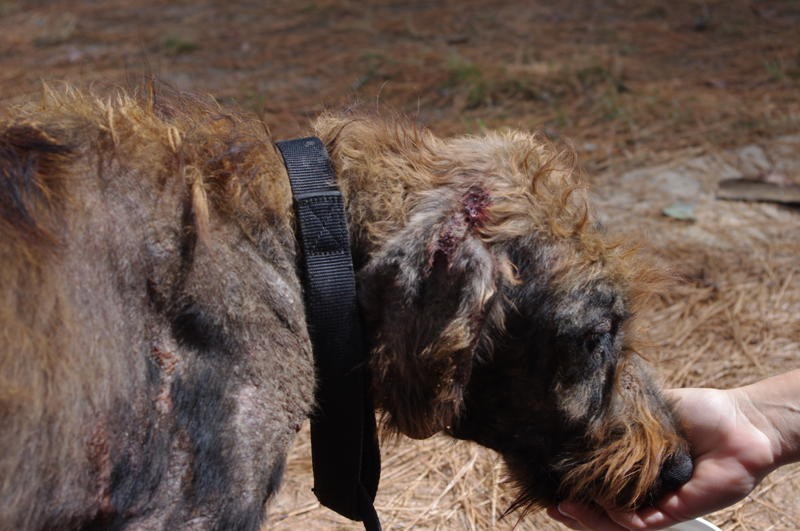 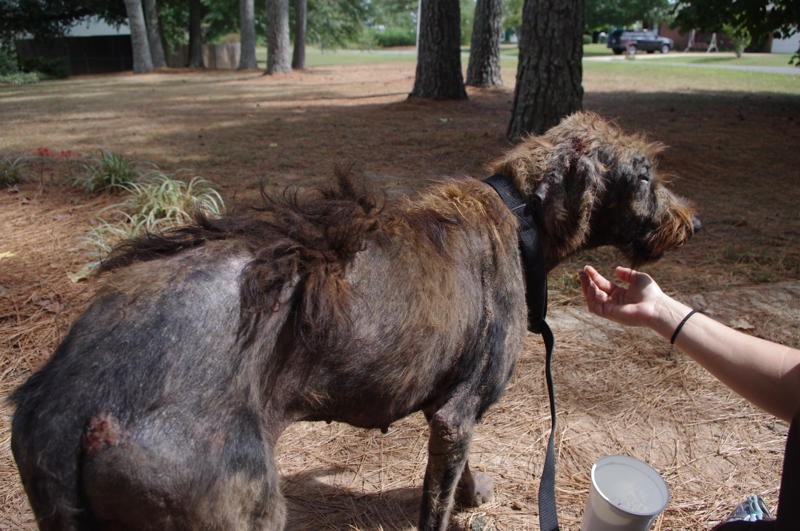 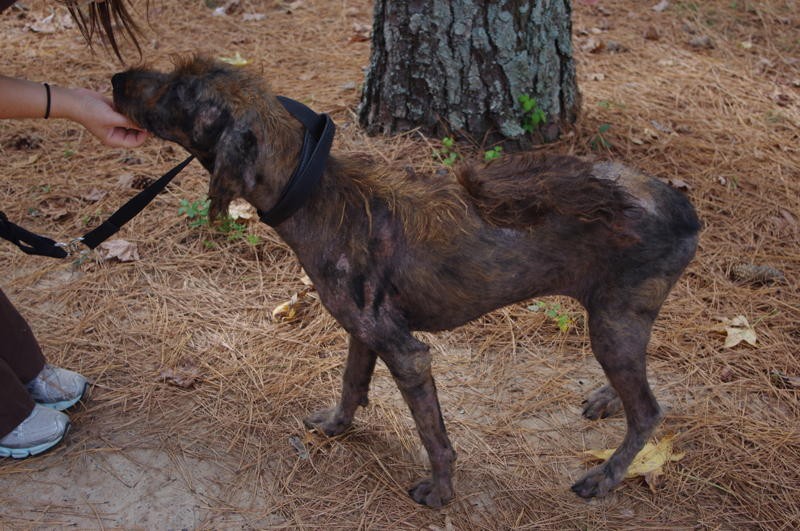 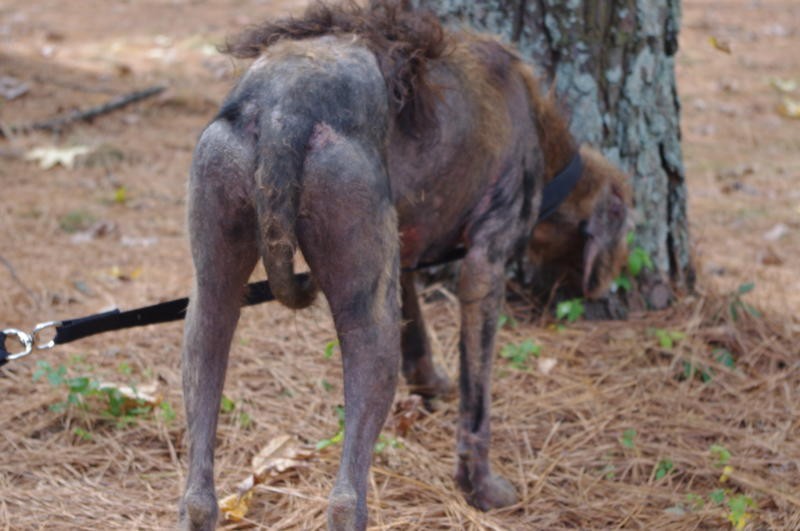 Permalink Reply by Liz and Seamus on September 28, 2010 at 11:03pm
The final picture is of Dixie back in May of this year! It's difficult to believe this is the same dog. My heart has been heavy thinking about this poor girl. She is safe at the Vet hospital in Alabama, getting treatment for her terrible skin infection. She'll come into her foster home in a couple of weeks, if all goes well.
Tonight, as you pat your doodles good night, please say a little prayer for Dixie.

Permalink Reply by Karen and Jackdoodle on September 28, 2010 at 11:04pm
Thank you, Liz and Kristen, for helping this poor girl. My heart breaks for her. I pray she recovers quickly and finally has a chance to live the kind of life that every dog deserves.

Permalink Reply by Christine and Camus on September 29, 2010 at 12:12am
It is impossible to understand how anyone could be so cruel. Dixie is in good hands now, I hope she heals quickly -- both physically and emotionally.

Permalink Reply by Jane, Guinness & Murphy on September 29, 2010 at 8:45am
This is incredibly heartbreaking. I'm just sick looking at the pictures of this poor girl. Liz and Kristen, thanks for being Dixie's "guardian angels". I'll be praying that she will full recover and that the rest of her "Doodle days" will be happy.

Permalink Reply by Jeannine Smith, Vice President on September 29, 2010 at 10:17am
This absolutely breaks my heart! How can anyone be so cruel and ignore that poor sweet girl!! I'm glad she is safe now...way to go Liz, Kristen and DRC!

Permalink Reply by Adrianne Matzkin on September 29, 2010 at 11:00am
I literally have tears streaming down my face. And this person calls herself a 'rescuer'?? How dare she!

Permalink Reply by Adrianne Matzkin on September 29, 2010 at 11:01am
Liz - Kristen
Bless you both for getting this girl out of there!!! and into the hands of a vet!!

Permalink Reply by Frannie on September 29, 2010 at 12:12pm
Crying - crying - crying. I want to plaster the world with a sign that says IT NEVER HAS TO GET TO THIS.

That person is not a resucer. She is an abuser.

As often happens with these stories, I first cry and hate people...then I start to smile and love people again because there are people Liz, Kristen, and the DRC family who DO care, who DO understand that these dogs can be saved and rehabilitated and work so hard to identify these animals in need and then HELP.

Callie, Harvey, and I will be thinking about this sweet girl, and adding to our doodle rescue bank on her behalf.

Sidebar - I think Dixie is a much better name for her.

Permalink Reply by Liz and Seamus on September 29, 2010 at 12:43pm
I called the vet hospital to check on Dixie. She was "dipped" yesterday and reportedly not scratching herself as much today as yesterday. They tell me she is "medically stable". They don't think she's in pain, but in my totally biased veterinary medical opinion (what do I know afterall I treat people!) I told them I can't imagine having those open sores and NOT being in pain, so they will relay my request to the vet.

Permalink Reply by Frannie on September 29, 2010 at 5:30pm
How could those sores not hurt? I have a paper cut and it's hurt all day it's just a freaking paper cut. She has sores on at least 50% of her body.

For all this neglect, she doesn't look crazy skinny. Do you know how big she is? Did someone come out to the pen and feed her every day and never LOOK at her? (I'm obviously not over the anger phase)

Permalink Reply by Karen and Jackdoodle on September 29, 2010 at 5:45pm
I don't know if you ever get over the anger at this kind of neglect and abuse.