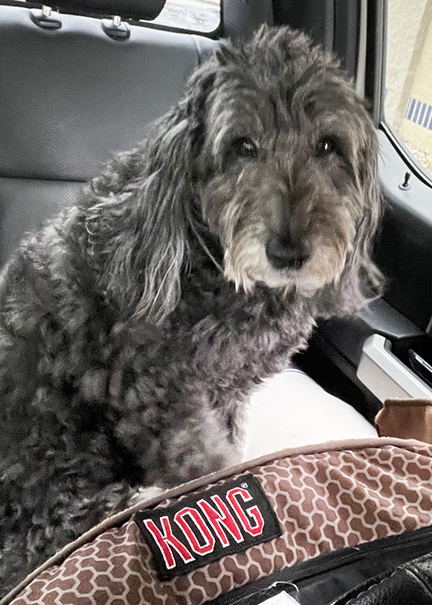 Miss Minnie, an 8 going on 9 year old, medium-sized Labradoodle girl surrendered to DRC last week, has found her new forever home with beloved foster mom, Tina Kappmeyer! Tina, who did a full day of driving picking her up, just couldn't bear the thought of parting with this poor, sweet, misunderstood senior beauty! Especially being in her twilight years and with all she has been through in the wake of a sad and unfortunate event that was a direct result of HUMAN IGNORANCE!

IMAGINE being ripped away from the only home and family you've ever known! We are horrified to think it nearly cost Minnie her life! 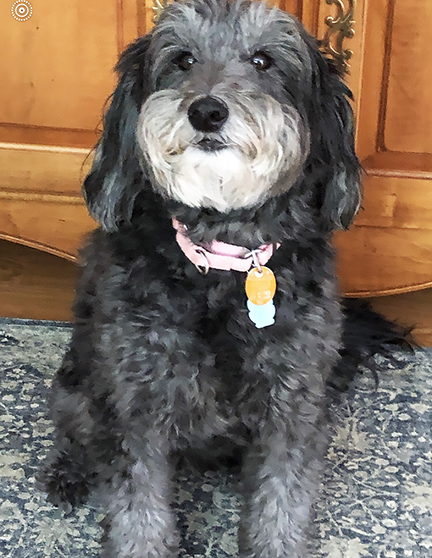 Left in the care and custody of a family member while her elderly mom and dad were vacationing, poor, sweet, normally patient and well-mannered Minnie ended up being terrorized for hours by a rather vicious and extremely defiant visiting child who had been told repeatedly to leave her alone.  Poor Minnie tried to extract herself from the situation but had nowhere to go that was safe from the ongoing assault of this tenacious child. So Minnie resorted to warnings in the form of growls that while noticed, went ignored by all. Particularly by the mother of the oblivious, obnoxious child. 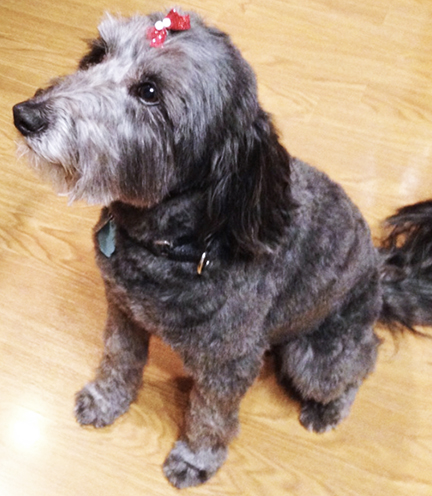 As reported to her parents by an observer, Minnie, now shaking and clearly asking her caregiver for help by trying to hide behind her and pleading with her paw to her leg, was ignored, her caregiver being too distracted and engrossed in her conversation to notice or take action on Minnie's behalf.

When the child kept on terrorizing Minnie and sticking his face in Minnie's face, and Minnie's rather loud, final warning growl and snarl went unheeded by the relentless child, Minnie felt she had no choice but to resort to the only means she had to keep herself safe. After all... The adult humans who were supposed to protect her were NOT! The result was a bite to the obnoxious child's face and the screams of a hysterical mother claiming Minnie was "vicious" and "dangerous" and demanding Minnie be euthanized! The bite, two incisor punctures, was treated at a local hospital. No stitches necessary and was clearly a reactionary defense wound. If Minnie had really wanted to be "vicious", she clearly could have inflicted more serious damage. Instead, she was immediately overcome with remorse but was banished to her crate for the duration of her stay thanks to Animal Control.

Frankly, in cases like this, when a child is bitten by a normally, well-mannered, sweet dog with NO PRIOR bite history or history of aggression, our FIRST question is always this:

"Why was your child's face within striking distance of the dog's mouth?" 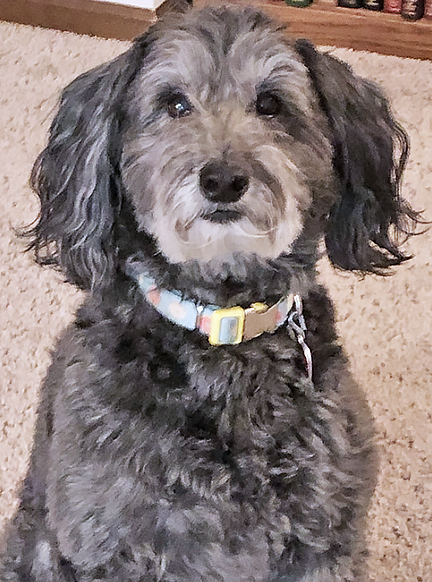 Minnie's beloved Mom and Dad returned to a traumatized Doodle, threats of a lawsuit and cancellation of their insurance unless something was done with poor Minnie. That's when DRC was contacted and Tina sprang into action! We are thrilled to report that Miss Minnie Pearl (as Tina now calls her) is now happy, content and SAFE with the Kappmeyer Doodle Clan! 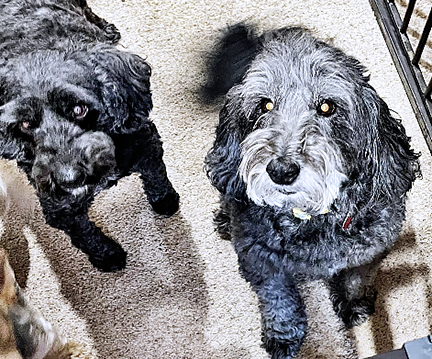 Congratulations to Minnie Pearl, Tina, Lexie and their pack! Very special thanks and appreciation to Tina for her devotion to Doodles and DRC and to Minnie's parents for realizing that Minnie did NOT need to die and for contacting us!

Happy Tails, Minnie!  You will have a wonderful senior years life with Tina.